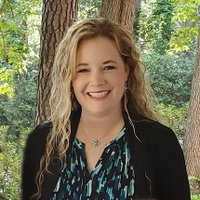 IN 2014, THE UNTHINKABLE HAPPENED

Erica’s husband became very ill, was out of work for a year and a half, and she became a 24/7 caregiver. Erica was appreciative that Massie & Reilly, CPAs, PLLC had previously ensured financial protections were in place so Erica could focus on helping her husband. Erica then found it was (and is) her goal in life to make sure that others are protected against the “unthinkable” and to help clients create an affordable plan to help them reach their financial goals for now and in the future.